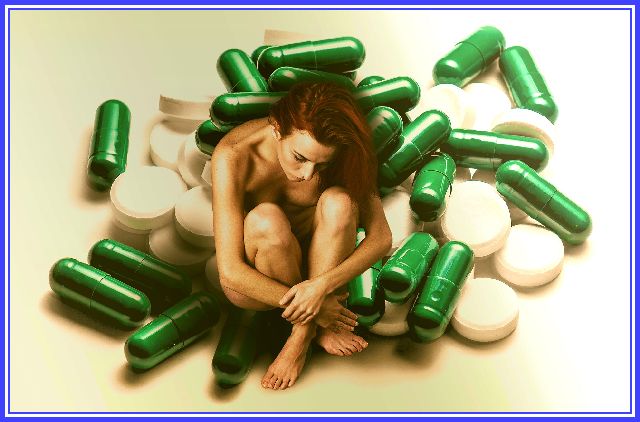 Is there a UTI treatment without antibiotics for me?

There are not many things in this world that are as annoying as contracting a UTI. The burning pain can last for weeks if left untreated. In the worst cases, the infection can spread to the kidneys and develop into a much more severe issue. The question is: "Could it be uti treatment without antibiotics?

9 million people every year are sent running to their doctor because of this common condition, and many of them are seeking antibiotics to try and treat it. However, this may not always be the best approach.

Antibiotics are known to have side effects that can make even the healthiest people feel ill. While this is obviously a required discomfort when treating more serious illnesses, there are alternative ways to treat a UTI infection without the need for these side effects. Is it possible to cure UTI without antibiotics?

But apart from personal pain, there is another reason that you should consider using a nonantibiotic treatment for a UTI - antibacterial resistance.

More and more people are being given antibiotics each year for conditions that could be treated in alternative ways. The antibacterial resistance issue has arisen because many people do not finish their course of antibiotics - despite being told to by the doctor.

When people feel well, they stop the course of antibiotic treatment to be rid of the uncomfortable side effects. This leaves some of the strongest bacteria that have not been killed by the treatment still alive in their bodies. These bacteria then replicate and spread.

These are called “Super Bugs”, and they cannot be treated by antibiotics if they spread to other people. Bacterial resistance is the WHOs number one major cause for concern globally – they recommend only using antibiotics where absolutely necessary. For this reason uti treatment without antibiotics is recommended as often as possible.

Other solutions for treating urinary tract infections without antibiotics

Cranberries
Let’s start with the most commonly known way to treat a UTI infection, cranberries.

It has been said for years that cranberries are one of the best UTI treatments that do not use antibiotics. But in reality, this is nothing more than a myth.

There is much debate about where the idea that cranberries could be used as a cure came from. But there is a growing amount of evidence that it was a marketing tactic used by drinks manufacturers to try and help them sell more of their products.

There are two or three main studies that are often paraded around by people that claim that cranberries have a medicinal effect. But upon closer inspection, the legitimacy of the studies is called into question. The people that funded these studies were drink manufacturers who sell cranberry based products...

It does not take a genius to figure out that they may have an interest in the study concluding that cranberries are beneficial for treating a UTI.

In fact, one of the more recent studies was paid for by the well-known cranberry juice brand “Ocean Spray”. In this instance, Ocean Spray went further than just paying for the study - they actually are named as a co-author in it. This means they had a significant part in conducting the study at every step of the process.

As you might have guessed this “impartial scientific study” discovered cranberries are beneficial for treating a UTI.

The Cochrane Library has conducted the only real scientific and impartial study on using cranberries as a UTI treatment - It was not financed by anyone with a vested interest in the success or failure of the treatment method.

It found the following things:

Here is interesting article from New York﻿﻿﻿﻿ ﻿﻿Times about study on cranberries and urinary tract infections.

Now we know that you may have heard some of your friends claim they drank some cranberry juice and their infection was cleared up magically. But how do you know it was the cranberries? Maybe it was their body naturally healing? Or maybe it was something else in their diet?

Let’s just pretend for a moment… Even if there was proven scientific evidence suggesting cranberry juice was a nonantibiotic UTI treatment, there is still one main issue that would need to be addressed…

The actual amount of cranberry in brand name cranberry juice is so small it is almost negligible. It is mainly just water, sugar, and syrup. If you actually tried natural 100% cranberry juice you would probably be surprised at how different it tastes to the store brought big brands most people buy.

Some of you may think that I am wearing my tin foil conspiracy theory hat here. But where this myth originated is not really important, the fact of the matter is this…

Cranberries can not be used as uti treatment without antibiotics! Cranberry juice does not help treat UTI’s at all.

Ok, now we have told you what won’t work, let's take a look at some nonantibiotic UTI Treatments that will actually help you feel better.

D-Mannose is a scientifically proven substance that helps you overcome a UTI in record amounts of time. While it is not our number one recommendation, it is a well deserving of a respectable mention on this list.

Don’t be alarmed by the scientific name, D-Mannose is actually an organic compound. It is a natural sugar that is found commonly in a wide range of different plants and is actually quite tasty.

The way D-Mannose works is reasonably simple. You add a very little bit of the substance to a glass of water and drink it down. When inside your body the D-Mannose naturally comes into contact with infection-causing bacteria and then attaches itself to them. The D-Mannose and the bacteria are then naturally flushed out of your body together when you pee.

D-Mannose will not rid your body of the infection completely, but it will reduce the amount of bacteria your bodies natural immune system needs to deal with. This results in you overcoming the infection and feeling better again much quicker than normal.

It is a cheap an effective method that is worthy of anyone’s consideration, but in our opinion there is a better UTI treatment without antibiotics.

Could UTI E-Drops be used as uti treatment without antibiotics?

​As every responsible company manufacturers of UTI E-Drops will never advise you not to take any medication prescribed by your doctor including antibiotics. However, what we heard is...

This is the crème de la crème of nonantibiotic UTI supplements. UTI E-Drops have been used for many years by thousands of people all over the world to quickly, and effortlessly help a UTI infection within a matter of days.

They were first invented by renowned European herbalist Dr. Enes Hasanagic, who used his extensive experience with natural remedies to formulate one of the most effective UTI natural supplements available.

The E-Drops are made from a wide range of natural ingredients that have antibacterial and antiseptic properties. These ingredients have then been refined, concentrated down into their purest natural form, and expertly combined for maximum effect.

Some of the main ingredients of UTI E-Drops are:

Juniper
A concentrated form of the oil produced from the berries of the juniper bush. It has been used as a natural antiseptic for thousands of years and has proven medicinal benefits.

Lavender
Lavender is a well known antiseptic and anti-fungal treatment that is widely used in all kinds of over the counter pharmaceuticals.

Eucalyptus
The concentrate derived from the leaves of the Eucalyptus tree has been used in modern day cosmetic applications for decades now. It smells great and is a powerful antiseptic.

All of these ingredients (and several more) are mixed with what is called a self-emulsifying delivery system. While this sounds fancy, all it really means is that the ingredients are able to be absorbed extremely quickly and efficiently. This allows you to take small doses but still receive the full benefits.

Using UTI E-Drops is simple and can be done discreetly anywhere. You place a few drops in a glass of ordinary tap water and drink the solution 3 times a day.

Now we will be honest here, the UTI E-Drops don’t taste very nice. They have not a pleasant taste. But you only have to treat yourself with them 3 times a day, and we personally think that a little bit of a funny taste in your mouth is a small price to pay for a rapid nonantibiotic based UTI support. We noticed, beside helping getting rid of bacteria in urinary tract, UTI E-Drops will give you nice breath.

Recovery time from taking UTI E-Drops varies depending on the severity of the infection and the current state of your bodies natural immune system. However, from reading reviews online it is not uncommon to see a near total recovery from a symptoms of UTI within 24 or 48 hours and complete recovery within 8 to 12 days.

Conclusion
So there you have it. The top 2 UTI treatments without antibiotics. We highly recommend that anyone suffering from a mild or moderate UTI consider these two options before opting to go to their doctor and get a prescription for antibiotics.

As always, if you are concerned about your UTI for any reason – you should seek advice from a licensed trained medical professional as soon as possible. However if you know your body, and you are certain that your discomfort is nothing more than a UTI – try one of these two uti treatment without antibiotics.

We are sure you will be pleasantly surprised.

uti
We use cookies to ensure that we give you the best experience on our website. If you continue to use this site we will assume that you are happy with it. You can also reject cookies.OkNoPrivacy policy